Real Madrid returns from the Club World Cup and head straight into the El Clasico to take on Barcelona this weekend. The Catalan outfit make the trip to the Santiago Bernabeu looking to go even further than the 11 point advantage over Real Madrid. Manager Zinedine Zidane will know that a defeat for his team will effectively end even the slightest hopes of defending the league title. On the contrary, a victory for Real Madrid will bring down the deficit down to eight points and the league title race may suddenly appear to be on again.
Madrid’s recent form has been excellent with the team winning against the likes of Borussia Dortmund and Sevilla with plenty of goals. A crucial element from these recent matches is the goals, which has been a problematic area for the club over the last couple of months. However, eight goals in these two matches coupled with furthermore in the Club World Cup show that Madrid are back to their best.

Barcelona have been much more focused at keeping a strong defence and the team has been conceding only a handful of goals so far this season. At the other end, Lionel Messi has been misfiring and this has resulted in Barcelona being unable to claim superiority in the race to end up as the top scorers this season. Even then, Messi is still the top scorer in Spanish football with 14 league goals. Cristiano Ronaldo may have caught him up in the Ballon d’Or race, but the Portuguese still has a long way to go. After having had a stop and start campaign, Ronaldo is finally showing signs of getting back to his best.

Unlike in the last few months when Madrid were missing a number of key players, Zinedine Zidane does not have injury worries coming into the match. His counterpart Ernesto Valverde also has a much better situation in this regard with players like Rafinha and Ousmane Dembele returning to training. Both clubs are strong in terms of player availability.

Real Madrid have the greater need for a victory in this game and this is likely to create chances for Barcelona at the other end. Madrid’s biggest advantage is the current form of Ronaldo, who is difficult to stop when he is on song. Barcelona’s talisman Messi, meanwhile, has been struggling for goals of late. This is a match that could be a tight affair. 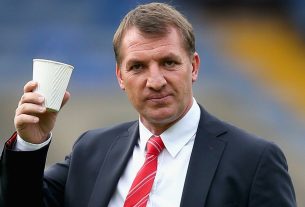